This was my Ween, last night:

In case you’ve been living under a rock, that’s my version of Janelle Monae, aka, the cutest singer evarrr.

And here’s some more last-minute Ween inspiration for you: Sexy Hallowe’en costumes that shouldn’t exist:

Thanks to Nicolas for that link, and thanks also to Amanda for photographing my costume.
Now go eat some candy!

Thanks to Peneycad for that link, which triggered this memory:

When I was a kid, this one house on my street gave out the best Hallowe’en candy I’d ever had. They were these little fruity things with a really intense flavour, and to this day, I’ve never seen them anywhere except at that house.

This one year- I think I was about nine- I vividly remember walking up their driveway, really excited to get more of those candies. I arrived at their door at the same time as a couple of younger kids and eagerly awaited the fruity handful I knew was in store. I rang the bell, mouth already watering in anticipation.

The mom of the house came to the door and complimented all our costumes. I thanked her distractedly, craning my neck to see past her into the hallway, where I spied my grail- a big basket of The Best Candy Evarr. I couldn’t wait.

The mom picked up the basket of candy, but, oddly, she also grabbed a big tin can. She held them both in front of her, and said, “OK kids, you have a choice.” At this point she held the can in such a way as to reveal its contents, roughly nine million dollars in pennies. “You can have either a handful of candy, or a handful of pennies for your Unicef box.”

Ha! Little did she know, I’d already decided to donate the entire contents of my own piggy bank at home, and top it off with coins filched from my parents’ change jar. I was determined to Robin Hood myself to school the next day with a stuffed-solid Unicef box, impressing all my friends with its bulging cardboard heft. Her can of pennies was irrelevant to me, little philanthropist that I was, so before she’d even finished the question, I had blurted I CHOOSE THE CANDY PLEASE and reached my grubby little paws for the basket.

The mom was so taken aback that, I swear, her head actually retracted into her neck and vanished, like when you poke a sea anemone.

In a dim part of my brain I realized I’d committed a faux pas, but in a much more sugar-starved and hyperactive quadrant of my tiny skull, all I could focus on was the fact that my hands were Almost Touching Candy, which meant that nothing else in the cosmos mattered at all.

And I didn’t take just one or two candies, no. Oh no, I pretty much dove headfirst into the candy bowl and emerged with a heaping double fistful of sweet fruity goodness, pretty much salivating from my entire head. The other kids’ parents shook their heads at the life-failure I was sure to become, and my own mom looked on from the garden path, no doubt wondering how she’d managed to raise a glutton who’d basically eat a Unicef box, seasoned with any last vestige of manners, in her relentless pursuit of sugar.

Then there was a long, awkward pause. During which time I may actually have unwrapped and eaten one of the magic candies. Oops.

Eventually, the neighbour mom’s head reappeared from her inverted neck, making a small, sucking sound of disapproval. She blinked to clear her thoughts, then turned to the other kids to ask, “Well, which would YOU prefer, the candy or the pennies?” It was barely a question; her tone made it very clear which option they were meant to pick, and, predictably, one by one, the mealy little twerps all chose the pennies and dutifully took their tiny fistfuls of coppery Not-Candy. Obviously none of them knew what they were missing.

You might think the moral of this story is that the candy didn’t taste as sweet because it was tinged with humiliation. You’d be wrong about that. I’m here to tell you that humiliation makes junk food taste all the sweeter, which is why I pretty much have to eat six Flakies for every line I flub in an audition. Lesson not learned, you guys.

To this day I don’t like running into those neighbours. When I pass their house I usually open my wallet and start saying things like OH BOY IT IS PAYDAY, TIME TO DONATE ALL THIS MONEY TO POOR PEOPLE. MAYBE THEY WOULD ALSO LIKE MY CREDIT CARDS. ALSO MAYBE I WILL OFFER THEM SOME CANDY IN A NON-PASSIVE-AGGRESSIVE WAY AND NOT THINK THEY ARE GREEDY JERKS WHEN THEY EAT IT OKAY!

about me, funny, nostalgia, things i wrote | Tagged: candy, halloween, trick or treat | 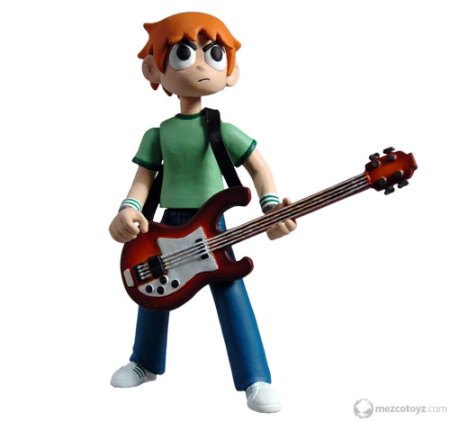 Anyone who’s spent more than thirty seconds with me in the past two years has heard me go on and on and on about three things: cats, dodgeball and the Scott Pilgrim series of graphic novels by Bryan Lee O’Malley. I liked the movie quite a lot, too, but the books are way better. I find the artwork incredibly appealing, so I was pretty excited to see these adorable action figures, which are perfect renderings of the drawings. They’re so well-designed. I go out of my way not to buy ornamental things any more, since my apartment is smaller than a high-top sneaker, but listen, when I get my mansion there’s gonna be a whole room full of these little guys. Right alongside my lacquered collection of dodgeball team shirts and my seventeen cats.

PS, Wanna hear more about my dodgeball team(s)? Because I can and will tell you aaaall about them. 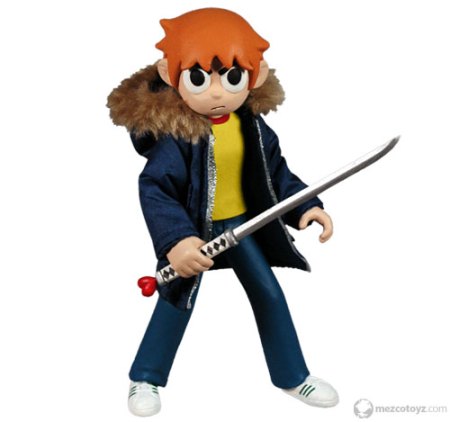 Thanks to Brummy for finding these!

Lose as many shits as possible

You will for sure want to read this 1974 letter regarding changes the British Censor Board tried to make to Monty Python and the Holy Grail.

Here are some short, funny ads for Egyptian spreadable cheese.

For some reason a bunch of English people put 100 cats in an Ikea after hours. Here’s the original video; not very interesting, watch just enough of it to get the tone and then you can stop.

Thanks to Kelly for the tip.

Hypothetically, if I said to you, “Hey, watch this six-minute video of random things done to random objects by unseen people”, then you probably think you’d be like WAT
But I am saying that, and I bet you’ll watch it and find it strangely enjoyable. People with children or babbies, make sure to show it to them, too- apparently it goes over extra-well with little kids.

fascinating, funny, videoslaps | Tagged: everything is everything, koki tanaka, random |

pageslap
Create a free website or blog at WordPress.com.