For no reason I just experienced a small whiff of nostalgia for my hometown, Etobicoke. 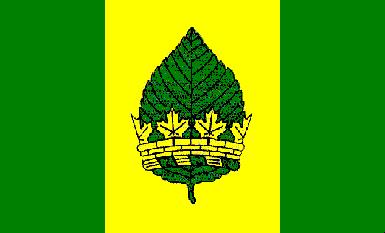 The city logo, found on every single one of my schoolbooks for my entire childhood.

What do I know about Etobicoke?

It’s a very large suburb of Toronto. When I was a little kid it was sort of its own city but then it amalgamated into the so-called megacity that is the Greater Toronto Area. It’s fairly demographically mixed, containing some of the richest and some of the poorest parts of Toronto. And a lot of weird industrial stuff, too. But the part I’m from is a bungalow suburb.

There’s a big park with a hill that used to be a garbage dump and still has to have little pipes sticking out of it to vent the garbage gas. There’s a nice creek where me and my dad saw a bunny once and I used to catch minnows, snails, caddisfly larvae, and leeches to keep in a fishtank in my yard. There are a couple of surprisingly good burger joints. And it spawned some good musicians, like Jeff Healey and Broken Social Scene and the Rheostatics. And my parents live there. And the name Etobicoke comes from a First-Nations (Mississauga) word, wadoopikaang, which means “place where the alders grow”. Obviously.

By the way the K is silent. eh-TOE-bih-co.

That alder-leaf logo gives me a pretty profound jolt of the nostalgie. Once I saw this dude carrying a vintage Etobicoke gym bag- a cheap 1970s nylon cylinder tote bag, in that screamy green/yellow colour combination, with the crowned alder leaf on the side. We were in a mall, downtown, nowhere near Etobicoke, and I totally rushed this absolute stranger like

OMG ETOBICOKE BAG WHERE DID YOU GET THAT WOW ZOMG I REALLY WANT ONE!!11!!!!!!

And he was all, “uh, I found it at a garage sale, I just thought it looked cool”

This entry was posted on Tuesday, March 3rd, 2009 at 2:03 am and is filed under about me, nostalgia. You can follow any responses to this entry through the RSS 2.0 feed. You can leave a response, or trackback from your own site.